DENVER—A federal court here yesterday ruled in favor of conservation groups in their challenge to the U.S. Fish and Wildlife Service’s decision to deny Endangered Species Act protection to two imperiled wildflowers that live only on oil shale formations in Colorado and Utah. 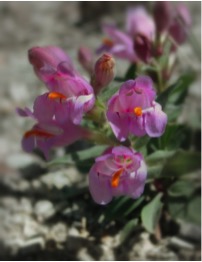 The court rejected the Service’s reliance on a 15-year “conservation agreement” negotiated behind closed doors with pro-industry stakeholders. In August 2013, the Service proposed to extend Endangered Species Act protection to the wildflowers and nearly 76,000 acres of their essential habitat, recognizing the threat posed by mining and drilling. One year later—after lobbying by industry and its supporters, including the Utah School and Institutional Trust Lands Administration (SITLA) and Uintah County—the Service reversed course and denied Endangered Species Act protections.

The U.S. District Court for the District of Colorado concluded that the Service could not reasonably rely on the agreement in denying Endangered Species Act protections.

The court faulted the Service for failing to explain why the agreement would not simply leave the beardtongues in the same “precarious state” in 15 years as they were in when FWS proposed listing. The court also found that FWS did not base its decision solely on the best available science, as required by the ESA.

The court vacated the decision not to list and reinstated the proposed rule.

This is the second time that a federal court has struck down the Service’s decision to deny Endangered Species Act protections to the beardtongues.

“This is a tremendous victory for these rare and beautiful wildflowers that are threatened by strip mining and drilling everywhere that they live,” said Robin Cooley, an Earthjustice attorney who filed the legal papers on behalf of the conservation groups. “FWS must go back to the drawing board and make a decision based not on politics, but on science, as the law requires.”

“The science here is clear, these wildflowers must be protected from strip mining and drilling,” said Megan Mueller, senior biologist with Rocky Mountain Wild. “We urge the Fish and Wildlife Service to get it right this time and provide protections under the Endangered Species Act.”

“The Endangered Species Act has an incredible record of saving species—but it can only work if we use it. We’ve known for decades that these wildflowers need federal protections if they’re going to survive,” said Taylor McKinnon of the Center for Biological Diversity. “It’s deeply troubling that, in the face of global climate and extinction crises, the U.S. Fish and Wildlife Service would illegally deny protections to imperiled species in order to accommodate one of the most carbon-polluting fossil fuels on earth.”

“Beardtongues are facing climate change, grazing impacts, invasive species and other disturbances in addition to the threats of energy development and strip mining in their habitat,” said Laura Welp, ecosystem specialist with Western Watersheds Project. “It is clear they need the meaningful protection of the Endangered Species Act.”

“It was recognized from the beginning that a 15-year agreement term was highly inadequate to protect these species, and we are grateful that the court has recognized this,” said Tony Frates, conservation co-chair of the Utah Native Plant Society. “Just in the past six months several very large-scale Uinta Basin projects have been given the green light and once started are each projected to last 25 years or more.”

Earthjustice, the nation’s premier nonprofit environmental law organization, wields the power of law and the strength of partnership to protect people’s health, to preserve magnificent places and wildlife, to advance clean energy, and to combat climate change. Because the earth needs a good lawyer.