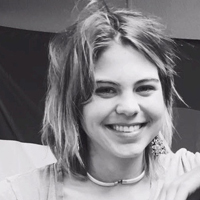 As our northern hemisphere tips away from the sun and our summer draws to a close, so do the internships of countless college students. Hopefully their internships will have given them more than just another line on their resumes by also giving them a glimpse into what a career in their given field might be like. I know that my feelings around this time run on the sad side, or at least bittersweet, since I’ve only enjoyed my brief time with Rocky Mountain Wild.

Part of being a part of this organization has been learning about the range of issues with which RMW is involved in the southwest Rockies. This summer, Rocky Mountain Wild continued its work on Wolf Creek pass, the I-70 corridor, mule deer habitat mapping, and sage-grouse decisions made by the Bureau of Land Management. In addition, the summer season opened up the possibility of new field work in pika talus fields in conjunction with the Rocky Mountain Pika Project.

Along with these regular involvements, a sense of concern and uneasiness seemed to hang darkly over all conservation organizations this summer. Public lands and monuments have come under threat from the new administration, and so have the species and ecosystems within them. While Secretary of the Interior Ryan Zinke’s hijinks of reviewing the status of national monuments have been relatively well-covered, other threats to the natural world in the U.S. have gone under the radar. They have also progressed and materialized at an alarming rate. The Endangered Species Act in particular, once thought of as a sacred and untouchable cornerstone of wildlife protection, is at a greater risk of being weakened or done away with completely than at any time in its history,

Even though we will have to wait until after the summer recess to see if anything comes to fruition in this committee, several bills have already been introduced in the House and Senate with similar intentions. These bills propose policy changes that range from moving all authority for administering the ESA to state governors to requiring that all species on the Endangered Species list must be re-listed with congressional approval. All proposals, however, consist of decreasing the power to protect threatened species and favoring private interests and development.

We’ve developed some actions that members of RMW can take to oppose these troubling legislative developments. All of these are listed on the Rocky Mountain Wild website under “Take Action.” At the end of August, RMW partnered with Defenders of Wildlife and the Endangered Species Coalition to host a happy hour for members of our organizations at Boulder Beer to raise awareness for threats against the ESA.

Besides revising and updating our Key Species website pages a bit, my other major work with RMW this summer involved working on the Rocky Mountain Pika Project with Megan Mueller, one of our staff biologists. The Rocky Mountain Pika Project is a program in conjunction with the Denver Zoo, University of Colorado researchers, and the Colorado Division of Wildlife that uses citizen volunteers to collect data on pikas to determine if they are threatened by climate change. I visited sites that were not thoroughly mapped out in order to make future data collection easier for our volunteers.

The Pika Project received support from Ethnotek, a sustainably-sourced travel and outdoor bag company. As part of the deal, Megan and I both got an Ethnotek backpack for our pika research. Being perhaps the only millennial in Boulder who hasn’t touched a climbing gym, I feel good telling my more-outdoorsy friends that I’m technically sponsored by an outdoors gear company. I also feel good knowing that companies like Ethnotek are moving their focus from recreation to conservation when it comes to reasons for protecting the natural world.

I’ve probably learned more during the course of the internship than I have in two semesters at university. That’s not to say that academia’s only for a quick degree. Without my prior knowledge of ecology, I wouldn’t have caught on as quickly to the ecosystem lingo and concepts that were part of the internship. However, the adage that there’s no substitute for experience exists for a reason, and you can’t learn the complexities of real life from a classroom.

To the 100 Women for the Wild that sponsored this internship: thank you.

I started this summer off by nervously laughing whenever I was asked what I would do with my degrees, what I planned to do after college. It wouldn’t be an exaggeration to say that seeing the vast network of organizations that govern conservation in the west has made answering that question a little easier. Obviously anything can happen between now and the inevitable post-college job search, but conservation biology/policy offers a diverse enough array of career paths that I know in what direction I’ll be shooting off resumes first.

As I emphasized in my first blog post, the “women” part of 100 Women for the Wild isn’t insignificant. While ecology and conservation may not be as traditionally male-dominated as physics or programming, I believe there’s intrinsic value in supporting women in the sciences for its own sake. Tehri Parker recognized this, and she especially has been incredibly kind and patient with me for this entire journey.

Again, I can’t thank you all enough. Here’s to more women in the sciences, to a hard-fought battle to protect biodiversity, and to a greater appreciation for the natural world and our interdependence with it.